Before diving into any argumentation I'd like to point out that I strongly believe that software development should be scientifically managed and developed, that patterns are good and that at no time one should start coding before thinking first about the implications of what he is doing, about where that code should be merged, about what his task is all about and how. Yes, think before you do! The main concerns a software engineer should have are:
If you are not sure about any of the questions above, it is imperative to ask!

In the lines above I've tried to avoid using the terms "software engineering" or "software architecture". They are good terms, they summarize perfectly the concepts of solid development but I feel that, by being overused, their meaning is somehow lost.

What is engineering and what is software engineering? Well, since the beginning of the century students were told that engineering is the act of using theoretical principles and forces of nature to build something useful. The focus is not on the process of "engineering" but rather on the work product - yes, engineering is not a process and it's not even a fixed guideline. I'm making this point very clear because many developers gather under the term of software engineering a whole personal philosophy of how software should be done, what rules should be applied, how code should be written and they think it's the fault of the management that these are not followed - however, each developer has his own philosophy. This creates around the term a mystical aura and a sense of guilt that pushes the notion far away from its original meaning = use your knowledge to build something useful. 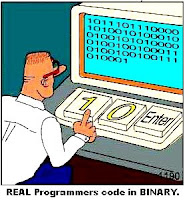 e amount of code, formatted according to his own style. However this defeats its main purpose: to help us do more with less. According to my view, software architecture is that basic set of principles the code is build upon that minimizes the size of the program, that facilitates code reuse and discourages hacks. Its purpose is to limit the quantity of non-feature-related code and therefore to limit the amount of bugs. Ideally, it should allow the developer to think only of his task or feature and should make very clear for him what is there to reuse and how things are organized. This definition fits very well under the KISS principle, however most of us have the tendency to forget it and get caught in the thrill of building systems - our OWN systems.

Systems are not bad by themselves and many times they are useful. What makes them bad is that, sometimes, their scope is not perfectly defined, that the developer tends add code that "might be useful in the future" and most of the time it is not; they increase the amount of minimal knowledge about the program one should have (there is this system, that system and the other one - which one should I use?), usually they don't fit on existing architecture and, in the end, they only add extra complexity if not properly managed.

Many times "architecture" is done on an egocentric basis rather than feature-centric and that is not pragmatism. Most of the times, the best code is the minimal code required to perform a certain task. If it's proven insufficient, one should have enough energy to refactor it. Failing to do so leads to cowboy coding and hacks in no time especially if changes are not properly managed. A large program is, by itself, a complex system and his structure should be revised constantly and, if it's not fit, modified. Such a task is usually huge and of vital importance and should only be undertaken by the most experienced developers in the team.
Posted by Alexandru Gris at 9:07 AM